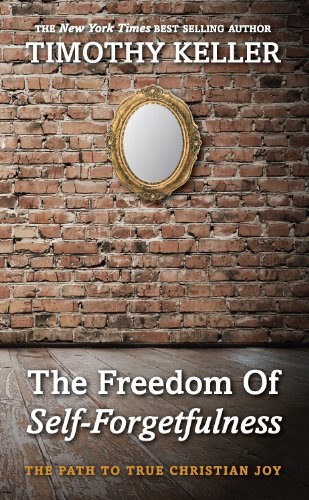 I’m preaching on Luke 19.28-48 tomorrow. What a corker! The verse central to the section is:

Jesus weeping. It’s not the first time (John 11.35) and he’s not the only one (Luke 7.13; 8.52; Romans 9.2-3) But why now? Why here? Is he weak? Is he controlled by his emotions? Are the tears motivated by regret, fear or horror? The word translated ‘weep” could equally be ‘wailed’. Jesus burst into sobbing. Something serious and meaningful is happening. But what? Let’s note three things:

Why is Jesus weeping? Because he saw things as they really were, because he longed to gather people to a place of peace with God, and because he knew how much he could help.

He did not weep every day, and neither should that be our goal, but a little weeping could go a long way to help us have the heart of Messiah.

¹For more on this see Keller’s excellent short book:

Here’s just one quote, “The way the normal human ego tries to fill its emptiness and deal with its discomfort is by comparing itself to other people. All the time.” Jesus is so different, he feels no need to make comparisons. Instead, his energy is used for compassion.

“How to speak so that people feel loved”

“A meditation on the Lord’s prayer” by Balthasar Hubmaier