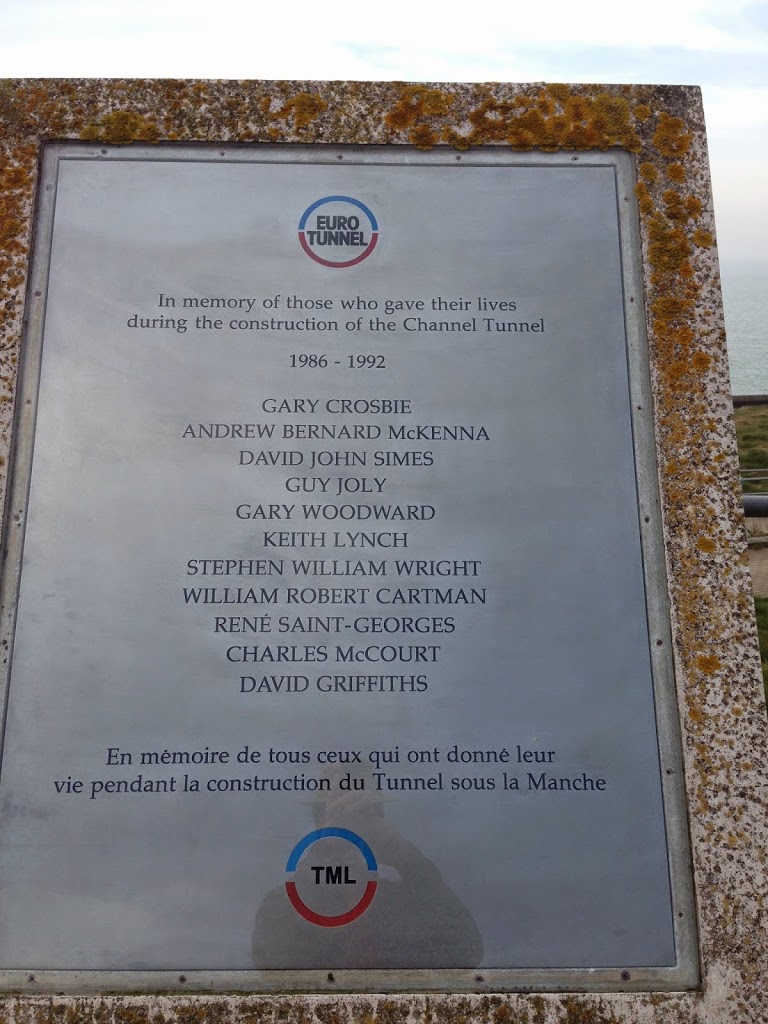 Penny and I spent the morning hours at Samphire Hoe. Samphire who? Samphire where?

When the channel tunnel was dug, 5 million cubic metres of spoil had to go somewhere.  It ended up behind a specially constructed lagoon wall. And now? Now it is a nature reserve. Home to 200 species of plants, 200 species of birds and 30 of butterflies.

But at a cost.

The plaque in the picture to the left testifies to the lives lost in building the tunnel. Eleven people died between 1986 and 1992 specifically as a result of working on this project. I’ve been through the tunnel a few times, but never knew the true cost. The only ‘cost’ I’d heard of before was measured in terms of billions of pounds.

I paused at the site of the memorial and took a photograph because it reminded me that human lives are always the cost – in one way or another. Any big project, any legacy-leaving activity involves men and women paying a price.  Perhaps this is obvious, but I needed refreshing on this because so much of what I do as a Christian makes me tired!

What does tiredness do? Well, nothing necessarily. But it depends on what else is going on in my life. I have no idea what motivated the 10 people to continue working on the tunnel after the first worker died. Or what about after the sixth, seventh and eighth person? Whatever their reasons they must have been compelling. And this is the key – a compelling vision will keep you going no matter the cost. Jesus had a compelling vision, so what were the key factors that held him to that vision? I’d suggest at least the following three things.

When the Christian vision gets blurry I’ll do well to remember that it is not about me. It will help to bear in mind that the cost is part of God’s plan to serve and save people, and it will become possible to live the vision when I take my struggles to God in prayer.
What helps you to hold on to a vision as a Christian? Please post a comment below and help us all hold on to our vision.
I wish the eleven people who died could have seen the completed tunnel, or the view from Samphire Hoe below. But I wish more than anything that I can live my life to a vision that remains undimmed as the years go by – and I get tired.