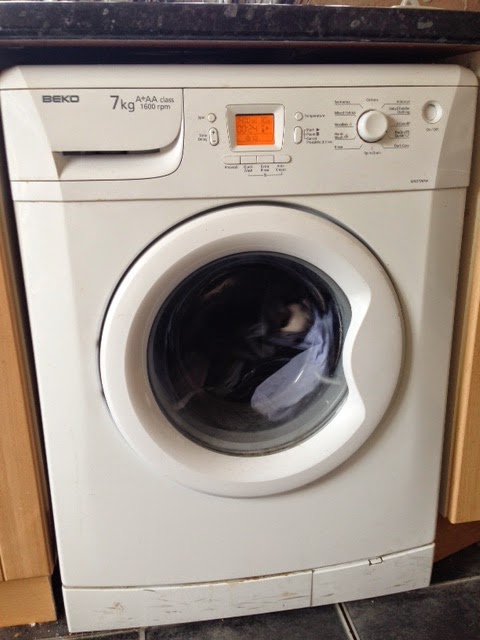 Among phrases you might expect to hear in a sermon, “People are not washing machines” is probably not one of them.

Nonetheless, I heard my friend OJ utter those very words this last Sunday. Where was he going with the idea? “Humans are not designed to be on a permanent spin cycle”?  No, instead the context was the parable of the Samaritan.

“A man was going down from Jerusalem to Jericho, when he was attacked by robbers. They stripped him of his clothes, beat him and went away, leaving him half dead.” Luke 10.30 (NIV11)

How did the different people view the situation they found? The robbers saw their victim as an object that could make them richer. What about the next two people?

The priest and the Levite saw him as an object of inconvenience and impurity to be avoided at all costs. But the Samaritan ….. he was different.

“But a Samaritan…came where the man was; and when he saw him, he took pity on him. He went to him and bandaged his wounds, pouring on oil and wine. Then he put the man on his own donkey, brought him to an inn and took care of him. The next day he took out two denarii and gave them to the innkeeper. ‘Look after him,’ he said, ‘and when I return, I will reimburse you for any extra expense you may have.’” (Luke 10:33–35 NIV11)

He did not see the assaulted man as an object – a “washing machine”. This helpless victim was not to be traded in, traded up or taken to the trash dump. He was not to be replaced, sold or buried. Instead, the Samaritan saw a child of God, one just like himself, hurting, helpless and hanging on by a thread. Something stirred in his heart and moved him to merciful action.

Jesus is telling us something very profound about value and love here. The robbed man had nothing the Samaritan needed, and could give nothing in return for the kindness he enjoyed. The grace of the rescuer reaches beyond what is reasonable – especially considering the enmity that existed at the time between Jews and Samaritans (how tragic that similar hatreds still exist in that part of the world to this day). God values us even though we are poor, empty and have nothing He needs. He is unconditional in His love for us despite the fact that we are the cause of His son’s death on a cross.

But the parable, while telling us a great deal about God, also has a point for us, it’s hearers,

I hope you enjoy this “Monday Meditation”. Let me know your own reactions to this famous parable.