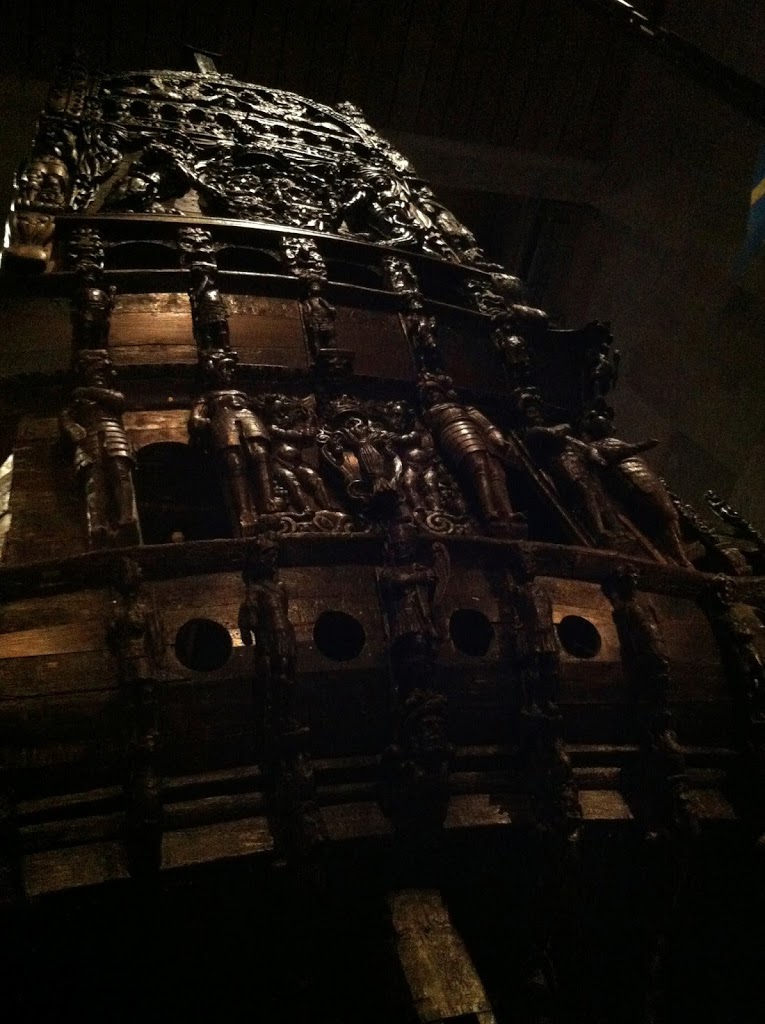 We are back one final time in the Vasa museum. The two previous posts highlighted the twin tragedies of vanity and cowardice. But there is another, more encouraging point. Here we have a multi-million costing museum housing something my wife described as an ‘epic fail’!

Only in a democracy will you find people queuing up to pay money to gaze at a failure (you’re not going to see something like this in North Korea, let’s face it!). I love the way the Bible is blunt about the failures and weaknesses of its heroes. The following list is, as far as I know, unattributed. I have edited it a little:

Noah was drunk
Abraham was too old
Isaac was a daydreamer
Jacob was a deceiver
Joseph was a slave
Moses had a stuttering problem
Gideon was afraid
Samson was a womaniser
Rahab was a prostitute
David had an affair and was a murderer
Solomon worshipped false idols
Elijah was suicidal
Isaiah preached ﻿naked
Jeremiah cried all the time
Jonah ran from God
Naomi was a widow
Thomas was a doubter
Peter denied Christ three times
Martha worried about everything
The Samaritan woman couldn’t keep a husband
The disciples fell asleep while praying
Paul persecuted Christians
Timothy was too young
Moses stuttered
David’s armour didn’t fit
John Mark ran away
Timothy had stomach problems
Amos’ only training was in the school of fig-tree pruning
Jacob was a liar
Solomon was too rich
Peter was afraid of death
Lazarus was dead
John was self-righteous
Paul was a murderer
Jonah ran from God
Miriam was a gossip
Jeremiah was depressed and suicidal
Elijah burned out
Did I mention that Moses had a short fuse?

The Bible lays out the humanity of its heroes clearly because then we become convinced it is the power of God that accomplishes all good things, and not our own gifts, talents or intelligence.

The next time you feel like a failure reflect on the fact that you are in some very good company! Trust God, press on, and celebrate the God who uses even an epic fail.