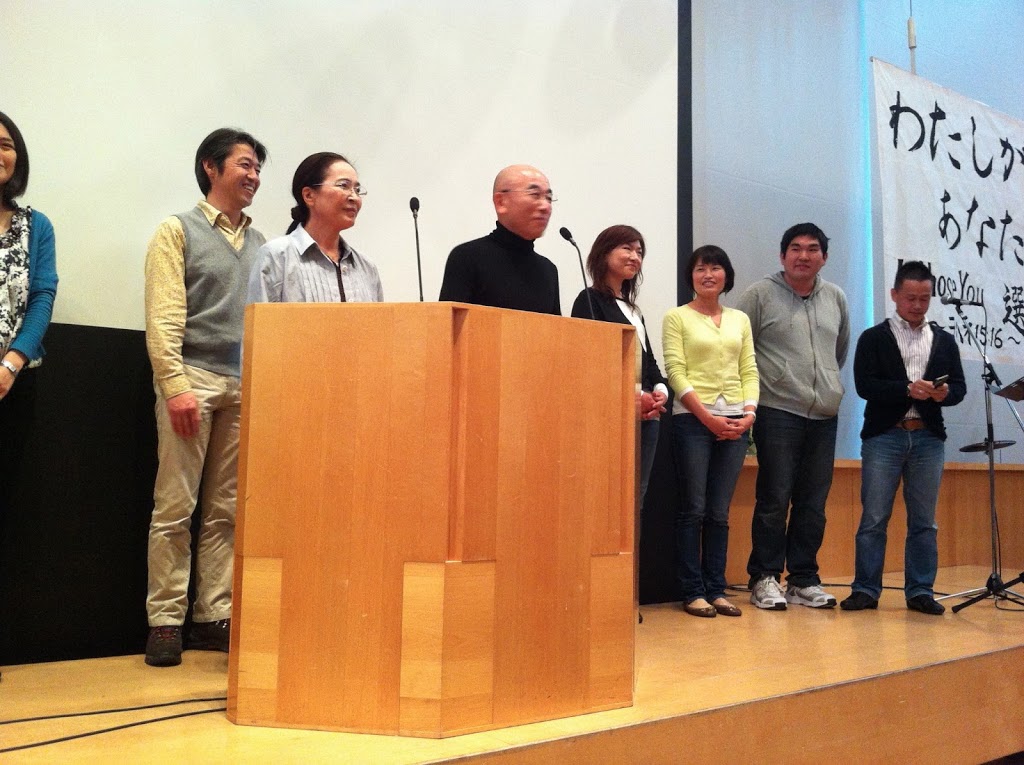 The Sendai church took to the stage on Sunday morning in Tokyo. They welcomed us and led the service in prayer. I am so impressed. Why?

You may remember the earthquake and tsunami that hit that part of Japan. Intrepid members of the Tokyo church travelled there to help the survivors. Despite the chaos and personal dangers (no one was sure of the extent of potential radiation poisoning at that time), they served the homeless, injured and bereaved.

HOPE worldwide made a supreme effort with limited resources. As things developed a conviction grew that a church was needed in the area. Brave men and women volunteered and the church was born. Out of disaster came a new hope. God is always able to bring vision into the darkest areas.

It reminds me of the two disciples on the road to Emmaus. They “had hoped that he was the one who was going to redeem Israel.” (Luke 24:21 NIV11-GK), but now Jesus was, as they thought, dead. Hope was gone. They had no idea that he was alive, and present with them. Hope was with them, but they were blind to it because of their sorrow and dashed expectations.

How often we forget to recognise that Jesus is with us in the most difficult times. He always accompanies us, “I am with you always, to the very end of the age” (Matthew 28:20 NIV11-GK), and is always available, “he always lives to intercede for them” (Hebrews 7:25 NIV11-GK).

I am so glad to have met these heroic men and women of Sendai. They went where I would never have gone because they believed God would go with them. Please pray for them, and remember that Jesus is always with you – even in the darkest times.