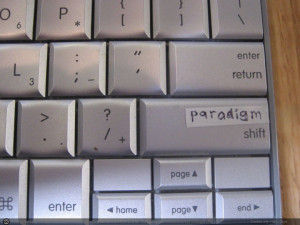 Malcolm’s mailbox is bulging with questions about a teaching series called “Paradigm Shift“. It seems the right time to have a look at the materials and offer some brief comments. A caveat to begin with – these are my own views, and depend on my own understanding of the messages (which may or may not be a fair representation of the intentions of the speakers).

The Jacksonville church have posted a series of lessons which examine, “..issues related to the ICOC regarding our conversion culture. Its aim is to take an honest look at our current conversion methodologies as well as offer ideas on rethinking how we help others become disciples of Jesus.”

The introductory video is taken from a lesson not connected to the current “Paradigm Shift” series. An extended metaphor compares joining a health club with becoming a Christian. The founders of the health club had a good goal – to help people live healthier lives. However, over time the intention of helping people become healthier was compromised by the desire to make sure people understood the commitment involved, thus inventing a set of pre-joining requirements.

Why did this happen? Because some people did not stick around. The story is told to reveal how the fear of failure has a tendency to invent processes that can obscure the point. In our attempts to prevent drop-outs, we arrive at solutions that prevent people joining. Although the goal is improved health (that’s why people join health clubs), the desire to prevent people leaving means we end up trying to get them healthy enough to join the club. The wrong way round.

In church terms, is it possible that our study series (going by various names including “Guard the Gospel”, and “First Principles”) is based on a defensive mindset? Or that it can be used that way? Have we been trying to get people ready for the kingdom instead of inviting them into it?

Does the metaphor work?

Yes, in the sense that all less-structured approaches tend towards greater structure over time. It is also the case that structure and process can obscure substance and point. I’ve used “GTG” well and badly and heard/seen it done well and badly by others. In the ’90s the high departure rate of church members prompted a good deal of soul-searching among leaders. One response was to ‘tighten’ the studies. I believe the intention was honourable, but hindsight tells us it was addressing the wrong problem.

We were so dependant on numerical growth as a sign of faith that we committed two errors; i. Rushing people to decision; ii. Failing to adequately nurture the faith of those we baptised. We’d have been better off building more slowly and solidly. Easy to say now, of course, and I was part of the problem too.

It reminds me of a statement about medeival liturgy – that it was invented to “idiot-proof” the Mass. Why was it needed? Because so many priests of that time were illiterate. If they could memorise the liturgical Mass they wouldn’t get anything wrong. A better approach would have been to go back to the scriptures to ascertain God’s desire for what a church service should contain and how they should be run (and by whom!).

The immature solutions for medieval services and the modern health club are born of legitimate fears.  The Jacksonville church appears to be correctly raising a warning flag to say that when we see a problem we must look for a Christ-centred solution, rather than a man-centred one.

No, it does not work in the sense that the metaphor (like all metaphors) is limited. We need a solution to the very real challenge of how we ensure that people know what they are getting into. What approach did Jesus take? He seems to be urging people to think about this issue in passages such as,

““Suppose one of you wants to build a tower. Won’t you first sit down and estimate the cost to see if you have enough money to complete it? For if you lay the foundation and are not able to finish it, everyone who sees it will ridicule you, saying, ‘This person began to build and wasn’t able to finish.’” (Luke 14:28–30 NIV11)

“Then he said to them all: “Whoever wants to be my disciple must deny themselves and take up their cross daily and follow me.” (Luke 9:22–23 NIV11)

Our Lord was never hesitant in calling people into the kingdom, but he taught so much so frequently about the kingdom that people drawn to follow him were going to know what it meant. Jesus had a wonderful discernment regarding people. His approach varied greatly.  Levi is told to follow with little apparent preamble (Luke 5:27–28), but others are called to a great soberness before they follow, (Luke 9:56–58).

I suspect that one of the fundamental issues being addressed by Jacksonville is the choice between two approaches in bringing people to the point of readiness to either follow or reject Jesus. The one could be characterised as, “believe to belong”, and the other as, “belong to believe”.  These are not cut and dried, but they do summarise a difference of emphasis.  Perhaps the forthcoming lessons will address this issue. Let’s see as we go. I’ll post again when I’ve watched the next video in the series.

What do you think about these ideas? Do they ring true to you? What do you think of our historic use of study series and the like? Leave a comment and let’s learn together so that as many people as possible will have their best chance possible to come to know the king.

Until the next time, God bless. 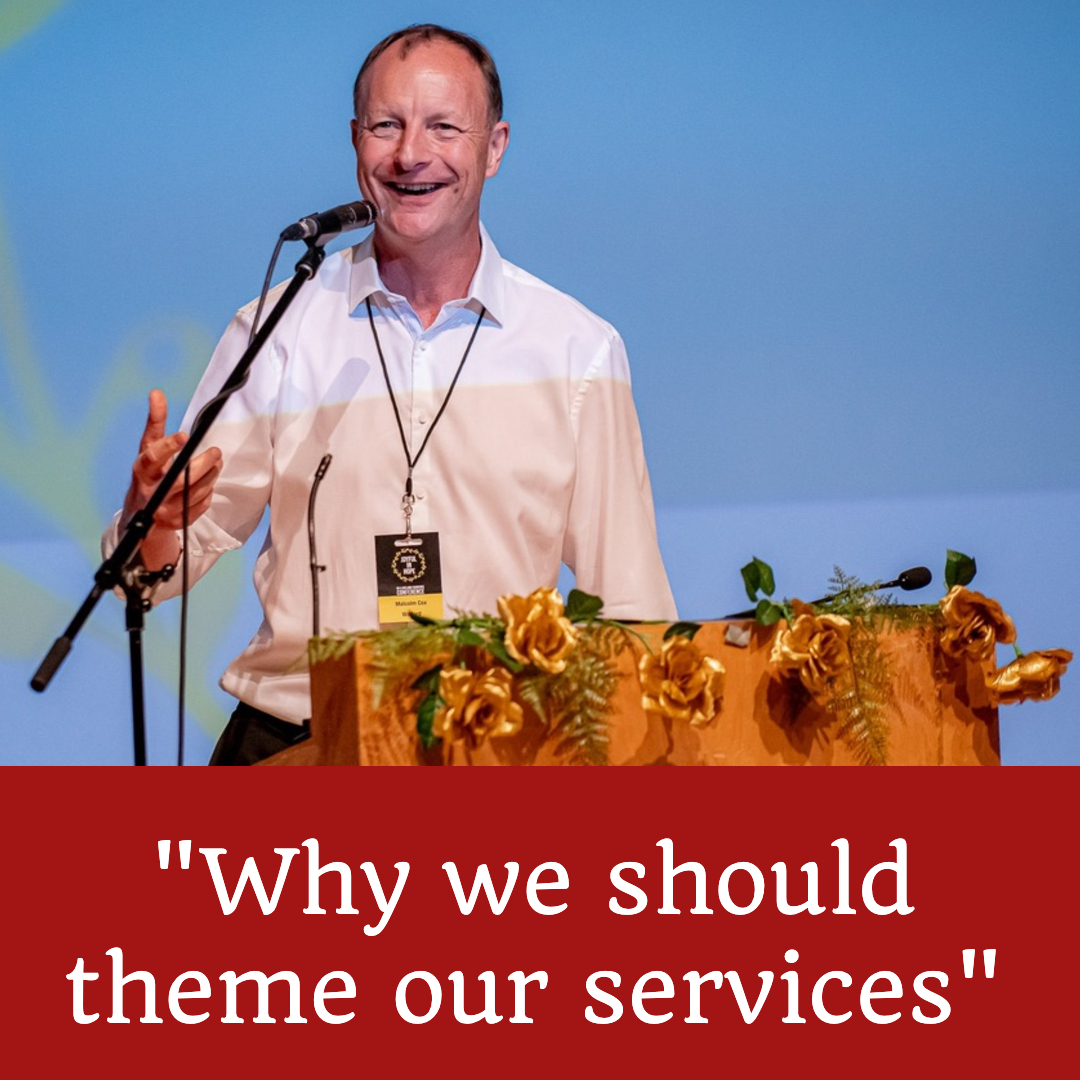 “The value of theming your service” 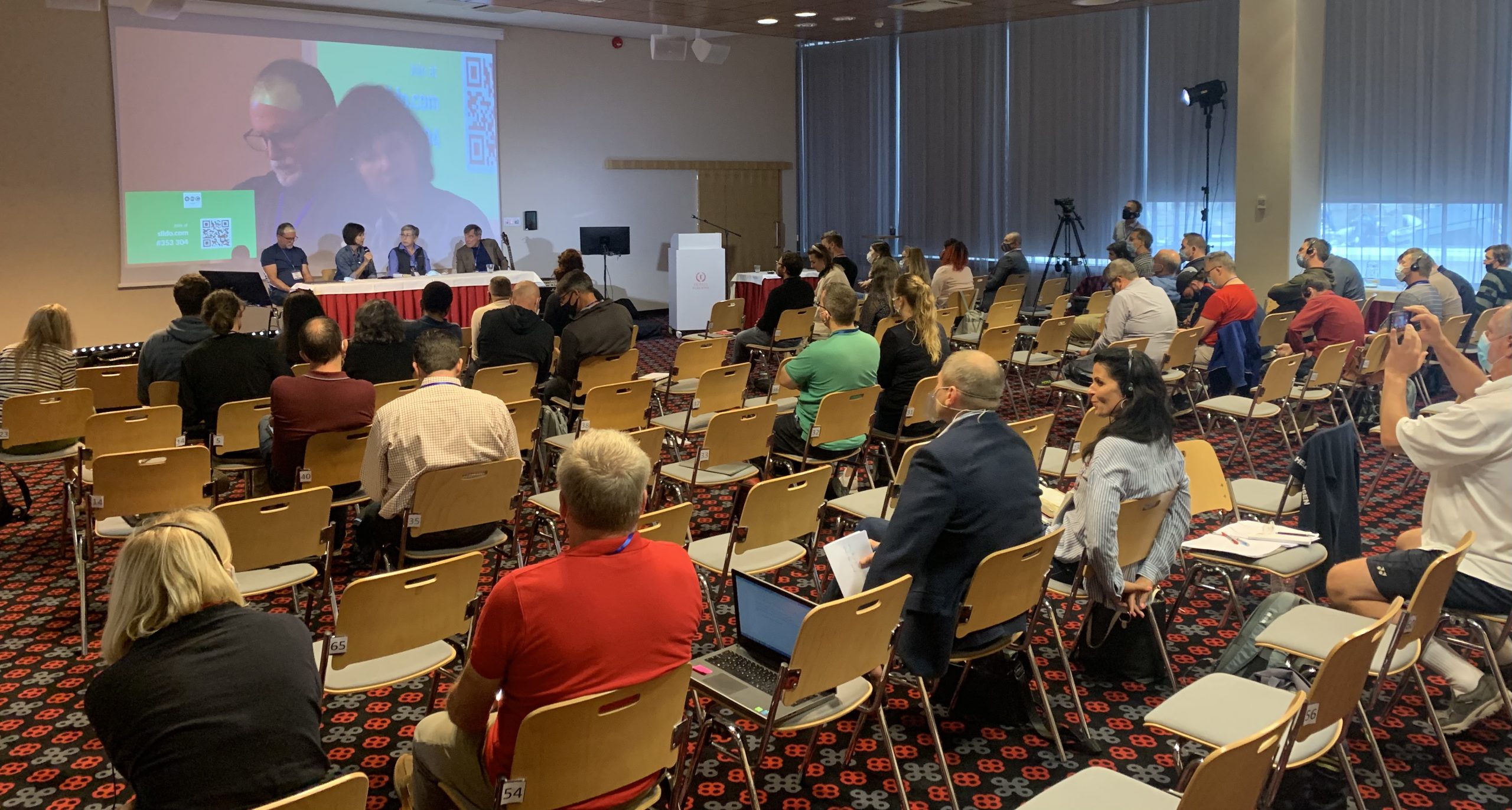