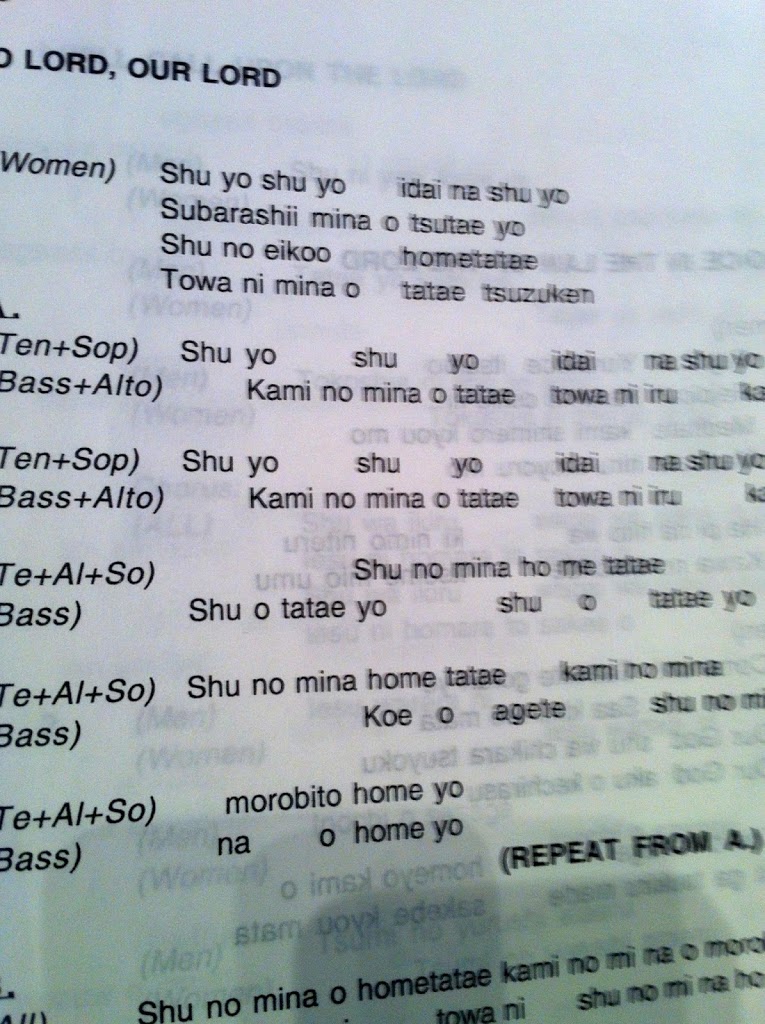 The delight I felt at having a whole row to myself on the plane to Tokyo was duplicated on the return journey. Three seats were all mine again – bliss! I think the Lord knew what I needed. The schedule in Japan was intense, but inspiring. The sleep was mostly adequate, but only 1 hour on the final night. The ability to lay across three seats was a sanity-saviour.

Such unexpected grace is always more refreshing than something expected. I saw much of this in the Tokyo church. Any Christian visiting another congregation can reasonably expect to be welcomed and looked after (“Share with the Lord’s people who are in need. Practice hospitality.” Romans 12:13 NIV11). But it is a special joy when you receive more. Such was my experience in Tokyo.

One example of this was what happened during the singing at the services. The songs were in Japanese, and the songbooks contained the words – in Japanese. No surprise there. But as the first song began someone thrust a songbook in my hand. I did not expect it to be of much help (I do not read Japanese script). But the person found the correct page for me and I realised that the songs were in Western alphabet lettering.

Now I could sing with gusto! I knew all the songs we sang at the services pretty much by heart, and I could have sung in English while the congregation sang in Japanese around me. On occasion I have done this in India and Indonesia. but it never feels quite right. Instead I sang in Japanese with my mouth, while singing in English in my head. A rather surreal experience, but infinitely better than just listening. I felt I was able to properly join my Japanese brethren in their worship of God.

Someone took the time to put the songs into the western alphabet and collate them into a songbook for the few occasions when someone like me would visit. I thank that anonymous hero for their labour of love.  I also wonder what God would have me do for those who visit our services and find it hard to worship with us effectively because of language barriers? Please send me your suggestions.

“Offer hospitality to one another without grumbling.” (1 Peter 4:9 NIV11-GK)